A nomad is traditionally a member of a group or a community without a fixed habitation. A nomad travels from place to place during her life, often in a circle, returning to a place according to season and crops. A travel circle alone can last for years. Moving along, a nomad only brings with her what she can carry and what is meaningful for her physical survival or her identity. By always decorating herself or her tent in the same way, it will feel like it is the World which has moved, not her. 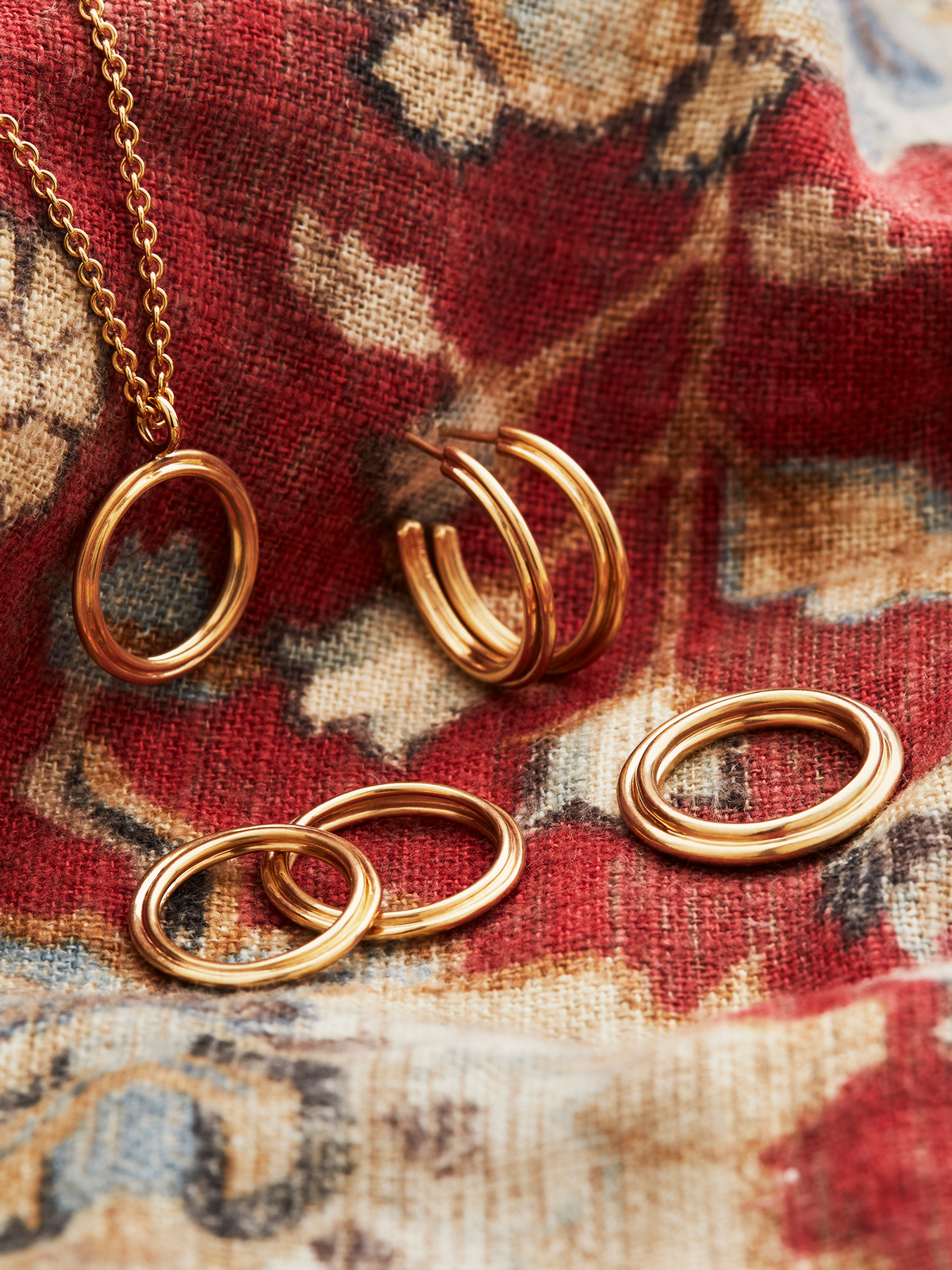 Today, it is possible for mankind to move like travellers without a final destination. Never having to return to a specific place, never to close the circle. We have become modern nomads, travelling the World in an instant, reaching far destinations, being present everywhere. More than ever before, this has made us aware of who we are, no matter where we are; to close the circle within ourselves in lack of the outer. And for this we need physical reminders and symbols. Hence the ‘Nomad’ collection. 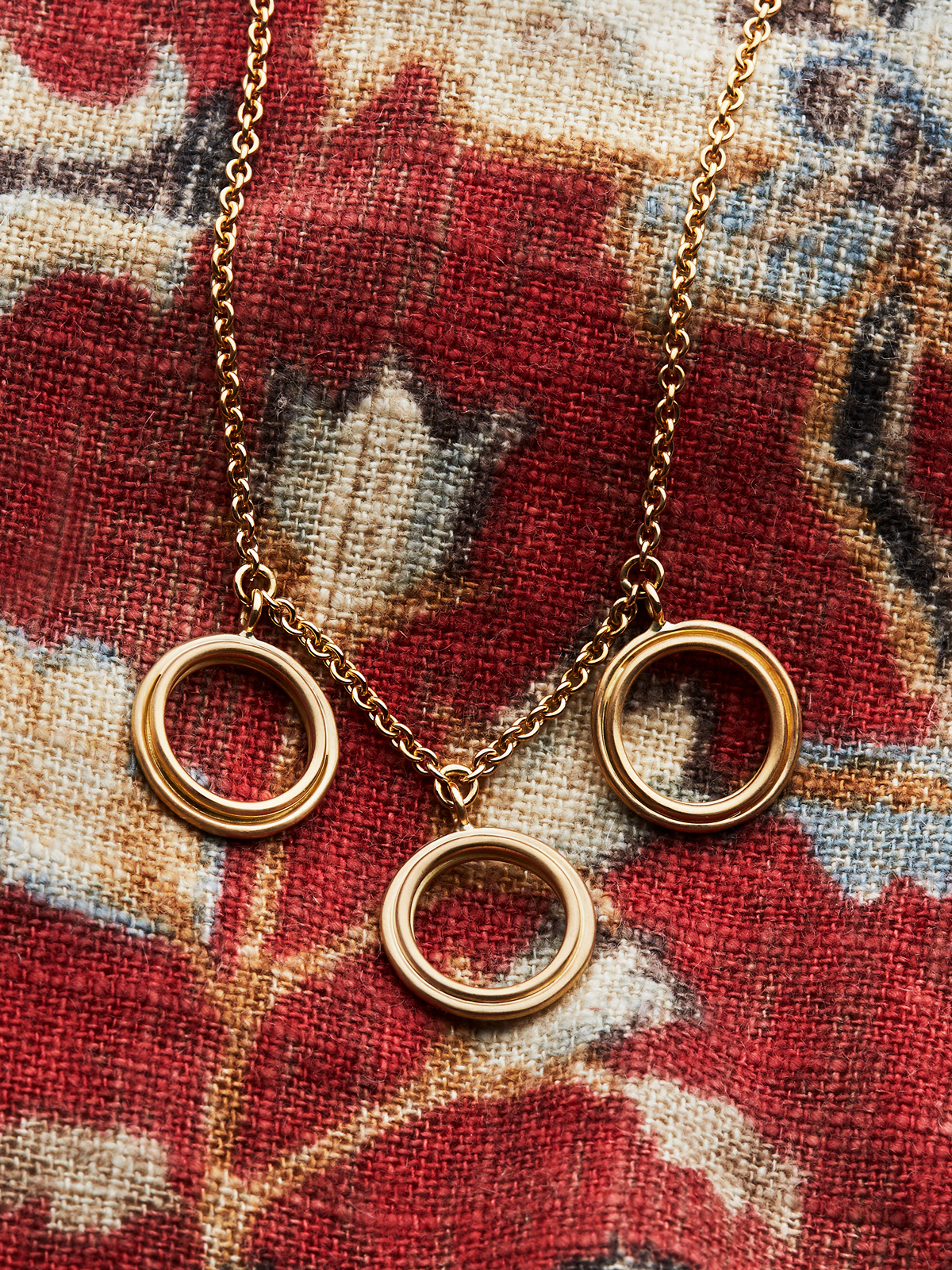 “A jewellery has always represented something more than its monetary value. It tells a story about heritage, special occasions, or goals achieved.” Says Rebekka Notkin, Founder and Designer of Rebekka NOTKIN Fine Jewellery:

“To me, the ‘Nomad’ collection is all of this, with the heritage being the nomad people from which we all descend. The design is based on the circle in which the nomads originally travelled, but twisted, showing that nothing is a given.” 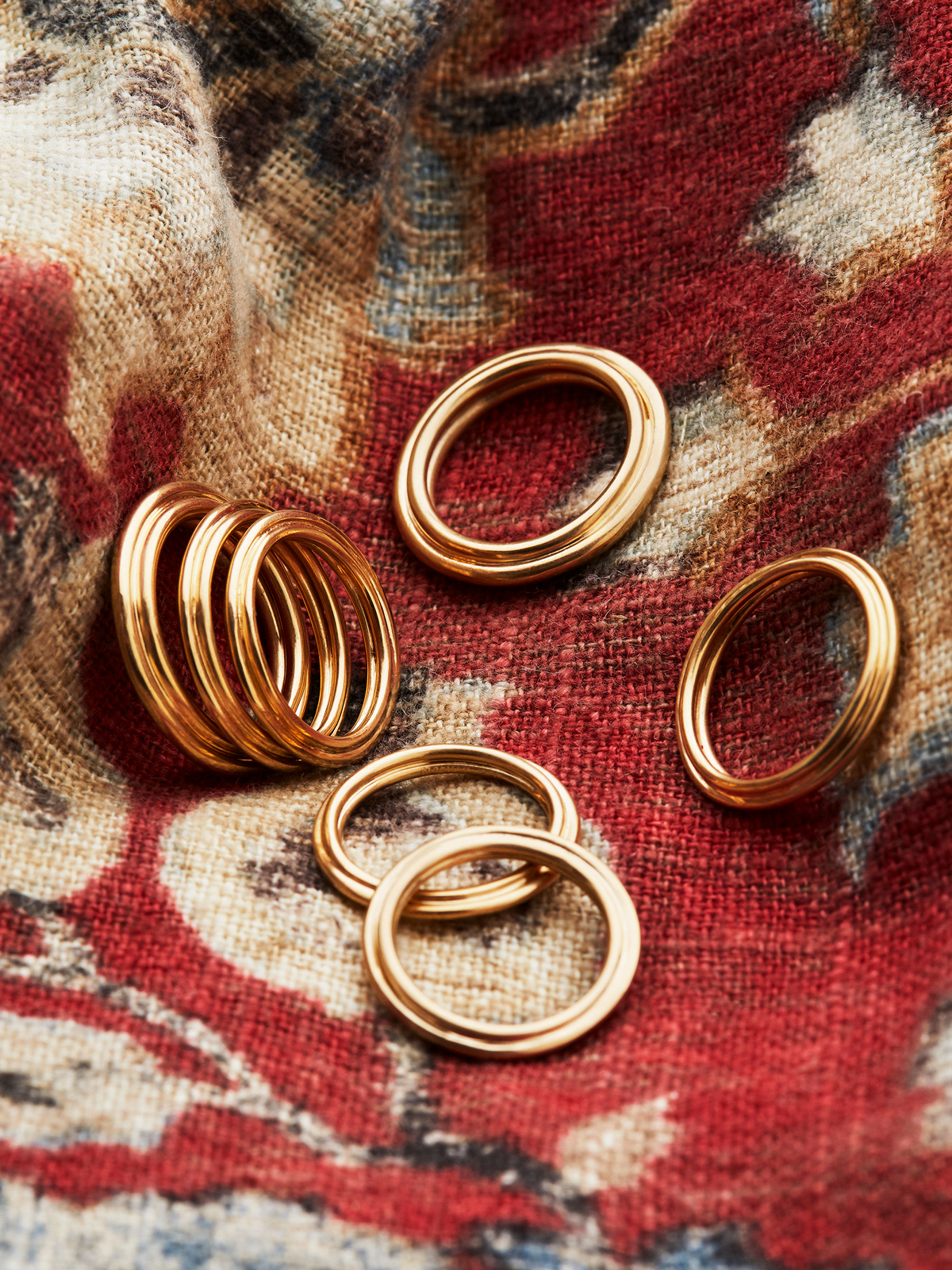 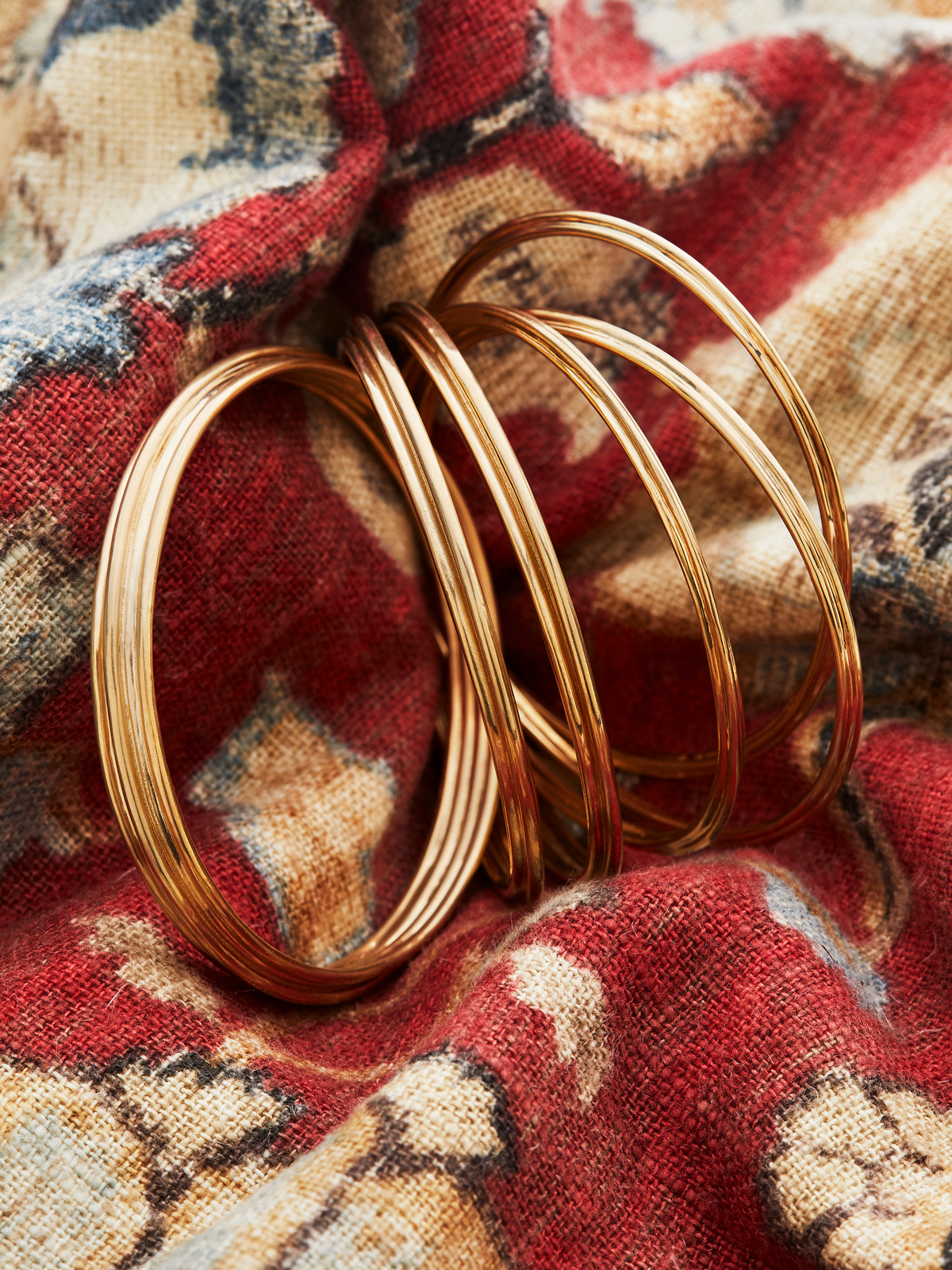 NOMAD is crafted by hand by Rebekka Notkin at the studio in Bredgade, Copenhagen.

I am at your service

Please feel free to contact me with any questions about jewellery purchases or personal requests for bespoke designs.
All the jewellery series featured on the website are available for direct shipping. Simply select your favourite piece and leave a message in the link below.

“I have drawn inspiration for the CARVED series from the art of bas-relief, which with only slight differences in projection from the background surface gives an illusion of depth and space. The design has been a tortuous process with studies along the way of volume, proportion and composition. The organic shapes and generous use of gold add a sense of freedom and beauty.” 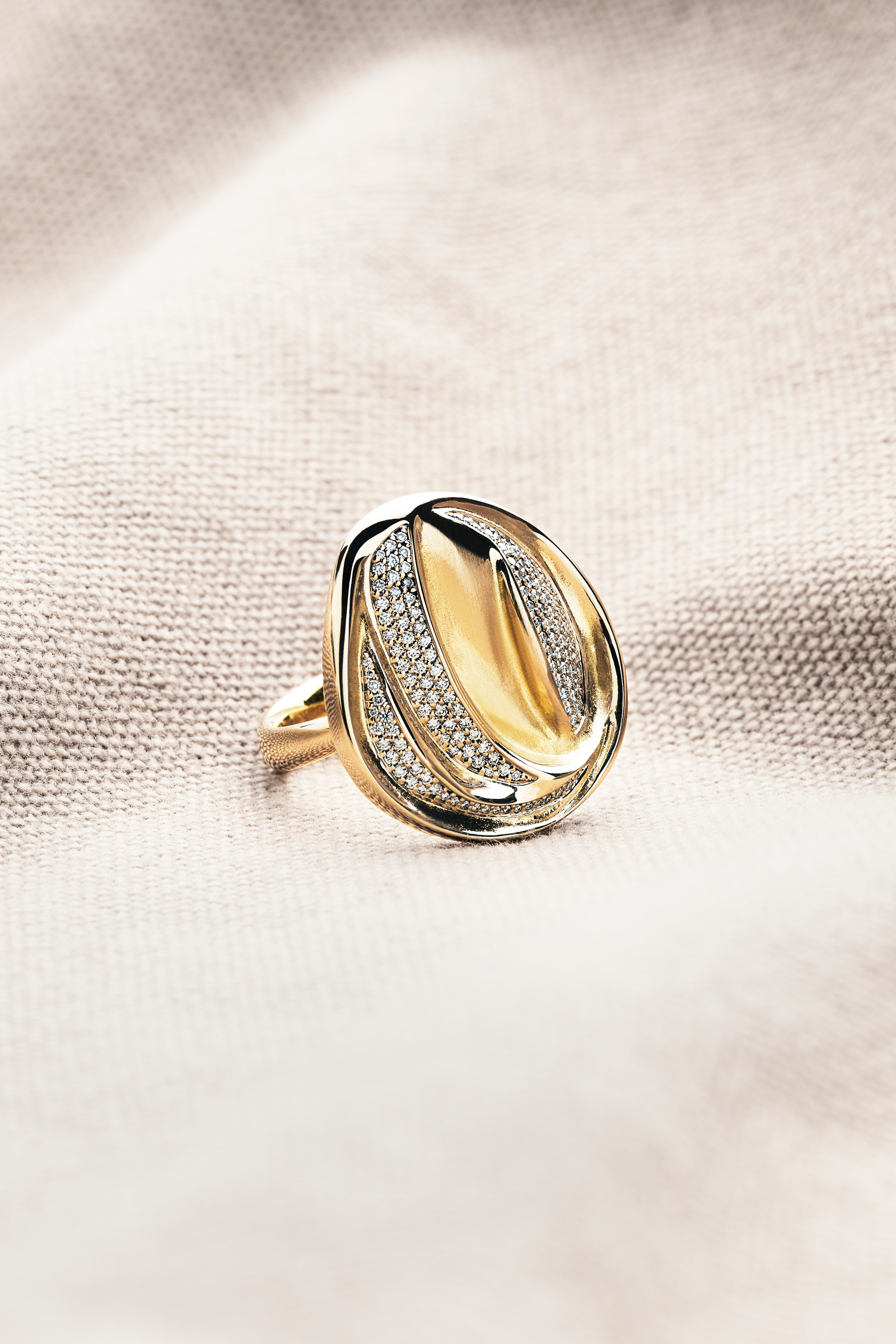 CARVED is crafted by hand by Rebekka Notkin at the studio in Bredgade, Copenhagen.